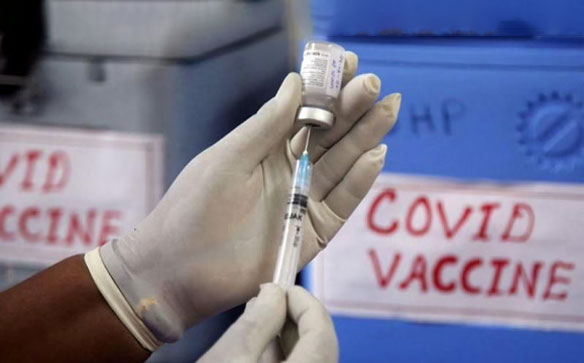 Manjula Wijesuriya had COVID-19, but his friends and family say that’s not what killed him.

When the 51-year-old tutor suffered a heart attack in late July, his loved ones rushed him to a nearby hospital in a suburb of Sri Lanka’s capital, Colombo. But as his condition deteriorated over the next few hours, they found it impossible to get him a bed in an intensive care unit.

That’s because a test confirmed Wijesuriya also had the coronavirus, and virus patients must be admitted to separate ICUs. All of them were occupied. The father to three died on Aug. 1 — a day after stepping foot inside the hospital.

Wijesuriya’s death is a worrying sign of how the latest coronavirus surge, driven by the highly contagious delta variant, is swamping the Indian Ocean island nation.

“The delta variant is like a bomb,” said Channa Jayasmana, state minister of pharmaceutical production, supply and regulation. “It exploded in … London and India. Now it has exploded in Sri Lanka,” he added.

In the last two weeks, Sri Lanka has seen an unprecedented rise in coronavirus patients and deaths. The country’s latest wave of infections, which began in April, has been the most severe of the pandemic. Around 80% of the country’s total deaths occurred during this current wave, which also accounts for the majority of confirmed cases since the pandemic began.

While the Health Ministry doesn’t release data on how many COVID-19 beds are occupied, doctors and medical associations warn that ICU beds for coronavirus patients and morgues across Sri Lanka are rapidly nearing maximum capacity.

In recent weeks, television channels and social media have been inundated with dramatic visuals of overrun and overburdened government hospitals, with patients forced to sleep on floors while waiting for treatment.

Daily confirmed cases have doubled to 3,000, while deaths have shot past 100 a day. Sri Lanka has confirmed over 358,000 cases since the pandemic began and more than 6,000 deaths.

Doctors and health officials say the delta variant has swept across the country with dizzying speed, and is quickly moving from cities and into the suburbs. The government has appealed to the public to stay at home except in an emergency.

The rise in infections has pushed oxygen demand to “unacceptably high levels” that are increasing by the day, said Dr. Padma Gunaratne, president of the Sri Lanka Medical Association.

The latest barrage of cases comes as restrictions were slowly being eased following a monthlong lockdown in May and June.

New restrictions have followed. A ban on all public gatherings began on Sunday while weddings receptions will be banned from Tuesday. And a nighttime curfew began Monday that exempts only essential services.

Starting Sept. 15, no one will be allowed to enter public places without a vaccination card. But the government has held off on imposing a new lockdown, fearing the damage to the already ailing economy.

Instead, Sri Lanka’s leaders are banking on the vaccination drive to see them through the surge. It used more than 1 million AstraZeneca shots to begin its vaccination drive before supplies from neighboring India dried up. Sri Lanka then looked to China, whose Sinopharm vaccine has been the most widely used in the drive so far. Sri Lanka has also received doses from Japan, Russia, the U.S. and through the U.N.-backed COVAX program.

Officials are confident they will receive enough doses to fully immunize 70% or 15 million people out of the 22 million population by the end of September. So far, 4 million have received both doses while 11.6 million got the first shot.